Four Tilburg businesses will adorn the Willem II match shirts in the 2022-2023 season. Tricorp Workwear, Max ICT, AVEC and FIER Bemiddeling are this season’s period partners; each business will sponsor one of the four periods in the First Division competition. In other words, each company will be displayed on the front of the shirts for nine or ten matches.

As the club’s performance has been uncertain, it has, in recent months, been quite challenging to find a single party willing to be the principal sponsor for the entire season. The club conceived the idea to look for new ways for arranging principal sponsorships, choosing period partners as a viable solution. The period structure of the First Division is ideal for setting up a joint principal sponsorship.

As well as being a period partner during the first period, Tricorp Workwear will have its name on the training wear throughout the season too. From the second period onwards, the match shirts will display the names of Max ICT, AVEC and FIER Bemiddeling in succession.

United in support for their club
Martin van Geel explains: ‘This is fantastic; it’s unique to have four local companies, whose hearts beat faster for the colours red, white and blue, to support this club together in the coming season. We applaud the initiative of these successful Tilburg businesses, who have united in support for their club to resolve the situation. This arrangement will reinforce the club’s relationship with these loyal partners, and offer them additional opportunities for exposure. I am very grateful to these four partners and our commercial team for finding this attractive solution for our club.’

Doing our bit
On behalf of the four period partners, Jeroen van Daalen (Max ICT) says: ‘As local Tilburg businesses, we are proud to do our bit towards Willem II’s ambition to recover a position in the Premier League by sponsoring the team as joint principal sponsors for the allotted periods in question.’

The KNVB divides the 38 normal rounds of matches in the Dutch First Division into four periods of nine and ten competition matches; the period partners’ sponsorship will be divided over the four periods. 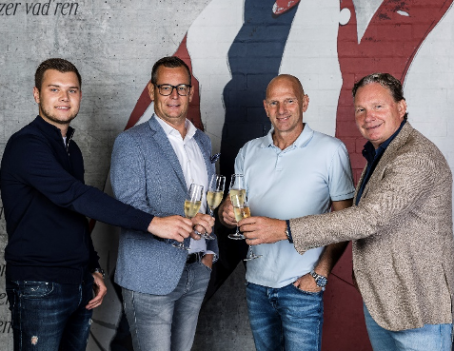